A long time ago I thought it would be nice to get a small dog since I love dogs and always had one or more in my life. Well, I didn’t rush out to buy one immediately, I debated this idea with myself for a few months. It would be nice to have, but I’m not home much and it would be on its own and won’t it be expensive to look after, etc … etc …

Then one day, while innocently going to the shopping centre, I saw it … at the pet shop … the cutest dachshund puppies. Something I just can’t (and refuse to) resist is puppies. Gareth will testify of this … when we go somewhere and I see a puppy, he always has to wait for me to finish playing with it … and does it without complaining. Thanks, Love!

Anyway, I went inside and needless to say played with them. They were miniature daschund puppies and were too cute for words. The lady who was selling them told me the price and since I didn’t have extra money at that stage I decided not to worry about it and carry on with my life. Then a few months after that, I discovered a savings account I forgot about and decided to close it. There was more than enough money in the account to buy a puppy and a bed and food bowls and toys and … and. 😀 God-incidence, I think. 😉

I didn’t waste any time and phoned the lady who was at the pet shop and ordered my miniature daschund puppy … a black female. After a couple of weeks, I received a phone call to say that my “child” has been born and she’ll phone me again to arrange delivery. I was super excited, couldn’t wait. 😀 I finally received her call and she said she’ll deliver the puppy at the end of the week. I remember I was working at a school at that stage and was busy in the office when my little baby arrived. The lady walked in with one of those plastic containers you use to transport pets and I remember looking at it at thinking to myself “I don’t see any puppy”. 🙂 She then opened the container and handed me the tiniest and cutest little black dachshund. I fell in love immediately. And needless to say, news spread throughout the school quickly and within a few minutes the office was filled with people going “aaaawwwww!!!” 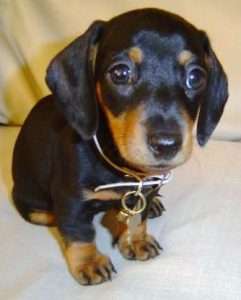 At home, I introduced her to her new environment and her toys, but she wasn’t really interested, she just wanted to sleep. While looking at her sleeping I decided to call her Tinky, ‘coz she was so tiny. 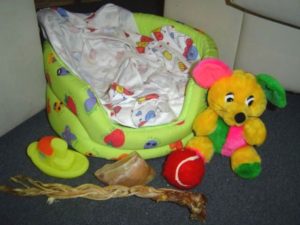 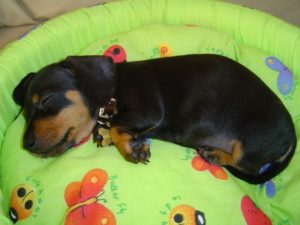 Then the journey began … it was very difficult to house train her. I got so desperate one day that I jumped online and googled how to house train a dachshund. To my surprise, I found a whole bunch of blogs of people with the same “problem”. I also found a blog of a vet giving advice and the one lady’s question was exactly what I wanted to know. He told her that dachshund are very stubborn and that’s why they are difficult to house train, but she just need to keep on doing the right thing and be consistent, the puppy will eventually learn. Well, we both survived the house training and she was finally getting the idea of going outside. 🙂

She loved playing and chewing things … even chewed on my boxes where I store my choc moulds in. 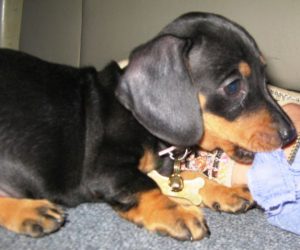 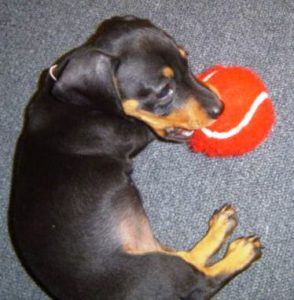 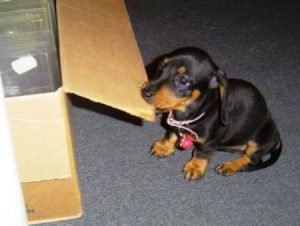 Her teddy bear, ball and bed, unfortunately, didn’t survive the growing up process, 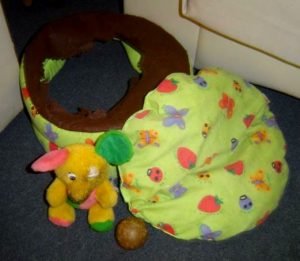 but she didn’t really need a bed ‘coz she could just sleep on mine … no problem. 🙂

Before Christmas one year, I thought I’ll take some nice Christmas pictures of her inside a Christmas hat … well, the “Christmas photo shoot” didn’t work ‘coz she decided that playing and chewing the hat was loads more fun than sitting and posing! 😀 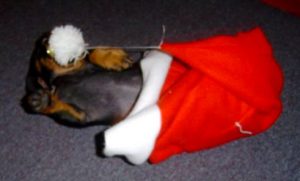 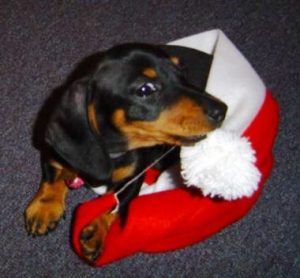 Don’t let that cute little face fool you, she can be very naughty as well. The one day when I came home, I was greeted by a long string of toilet paper on the staircase. She decided to decorate the house for me by rolling the toilet paper down and dragging it downstairs to the front door.

After an Evening Market we did in November, we came home to a “murder scene”… we found a few of Barney’s limbs and a part of Tigger’s body at the front door. There was no sign of Pooh Bear but Strawberry Shortcake was still “alive and well”. 😀 While we were out, she got onto my table and decided to eat the sugarpaste figurines that were on the table. 4tunately they weren’t for an order!!

When Gareth met her the first time, she made him feel very welcome by trying to eat his cellphone and he called her a “rat” … little did he know that she will become part of his life. 🙂 She adores Gareth and gets very defensive when Jake (Gareth’s Mom’s dog) growls at him while they’re playing. The other day while we visited she chased Jake up and down the passage, we were screaming with laughter, it was hilarious, especially ‘coz Jake is a lot bigger than her. 😀 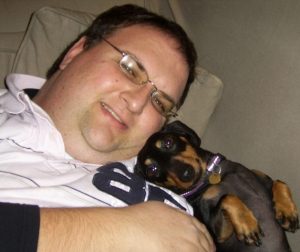 She also totally believes that everyone who comes to our place is coming to visit her, there can’t possibly be any other reason for their visit. This is a bit embarrassing when we get someone in to fix the stove or fridge. 😀

Well, she grew up, is spoiled and totally part of our family. Last year she even had a birthday party at “Ouma’s house” (any excuse to bake cupcakes) 🙂 She absolutely loved the attention and opening her presents … loves tearing the paper off. 😀 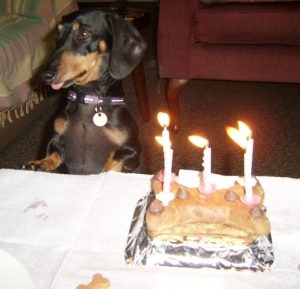 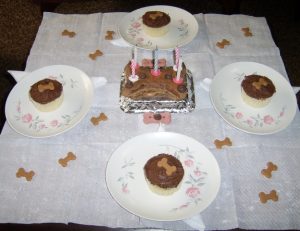 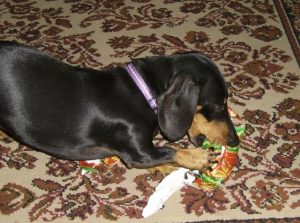 She also has a job now … she’s a therapy pet for a residence for the elderly. The old people love it when she comes to visit and she loves the attention. (I’ll post a picture of her doing her job at a later stage) 🙂 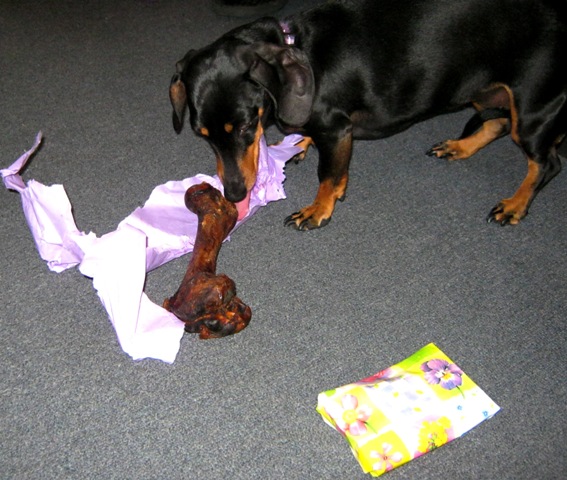 Selection of products also available at

a passion 4 being creative
Based in Cape Town, South Africa 🇿🇦

Hello! Just to let you know that 🌟T.Y.L. Crea

Safely home! 😊 Thank You, Father God, for Your