I was asked to make owl cupcakes and to use Oreo biscuits for the eyes.

First step is to take the biscuits apart. Hhhmm, not as easy as it looks on tv. They don’t split perfectly with filling on both sides. I tried dividing the filling and spread it on both sides, but that didn’t work so well because the crumbs get involved. 😀 So I decided not to do it this way, but to use two Oreo biscuits for each cupcake instead. 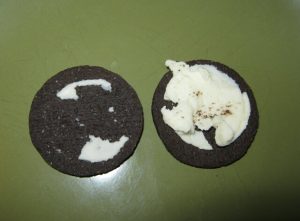 Next I had to make the pupils and decided to make chocolate discs. 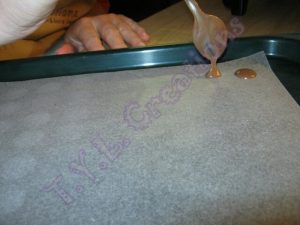 After a few attempts, I realised it would be easier to draw circles on the back of the wax paper and fill them with chocolate. That way all the pupils are the same size. 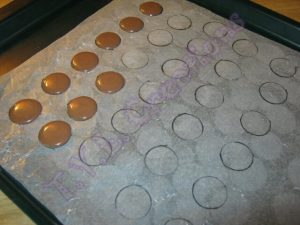 Then, after the chocolate discs were set, I put them on top of the biscuits. 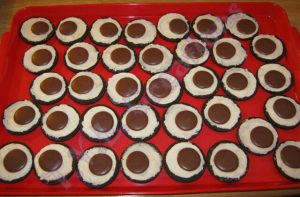 Last, and the easiest step was to decorate the cupcakes. For the beak, I made fondant circles and cut them in half. 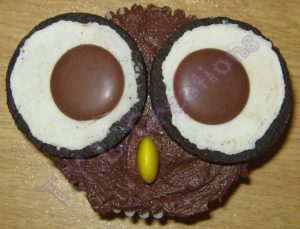 The client was very happy with her owl cupcakes…and needless to say, so was I.

I had a request for them a few years ago and the client wanted fondant eyes. I must admit, they were much easier to make. 🙂 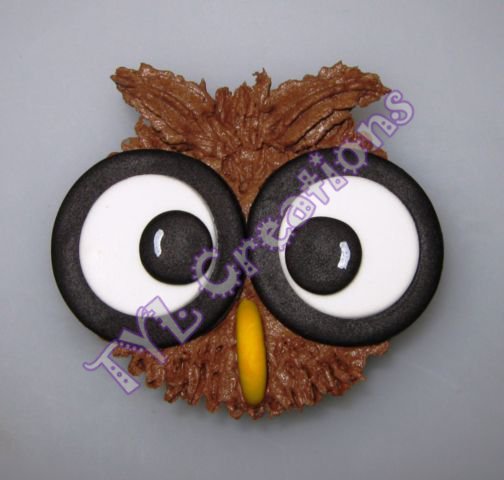 a passion 4 being creative
Based in Cape Town, South Africa 🇿🇦

A few new businesses have been added to the Shop L